Unsung Warriors is a 2D action-adventure game currently in development by Osarion & Mountaineer. The world of Unsung Warriors is set in Iron-Age inspired Europe, among various Celtic tribes. It mixes fantasy elements with European folk tales and mythology. The game can be played solo or in couch co-op mode. We have released a demo called Unsung Warriors - Prologue and are currently working on a full version of the game.

Inspired by our stacked 50 years of gaming experience, we tried to recreate the best platform feeling, leaving the player in full control over their character.

Swords, axes, bows, magic or just bare fists. Weapons are carefully designed around certain strengths and weaknesses, which give you the opportunity to try out different tactics against different types of enemies and situations. Playing aggressively is certainly a viable approach, but there are lots of other ways to defeat opponents. You can sneak up behind your victim and deliver a killing blow, or you can outsmart them by using the environment to your advantage.

There are a lot of possibilities. Choose the fighting style that you prefer.

Every bit of this game is designed to be played both single player and couch co-op. You can switch between game modes any time you want. The game will adjust the amount of enemies and difficulty level accordingly.

We've derived much inspiration from Iron-Age Europe in combination with fantasy, myth and folklore elements. The heroes, the characters and the environments are not aimed to be historically accurate. Instead, this game has been designed foremost with gameplay in mind. It's purely a work of fiction in an underlying setting of European barbarian culture. 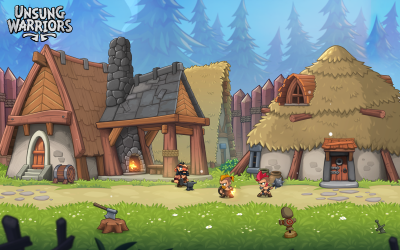 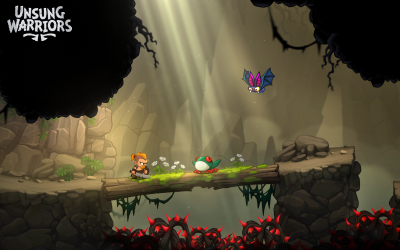